How AI is overcoming challenges of lung disease detection

Gemma is Managing Editor at AIMed, with responsibility for engaging and growing the AIMed community and to highlight stories of health AI in action. An experienced science graduate with a background in veterinary and nonprofit sectors, she also volunteers as a Wish Granter for Make a Wish UK.

When did you become involved in medical AI?

I began my career in medical AI in 1999 after spending several years in AI for military reconnaissance based on synthetic aperture radar. In 1999 I joined a small start up, Qualia Computing, that was focused on the early detection of breast cancer based on mammography exams. Qualia Computing became CADx and was eventually purchased by iCAD in 2003.

I joined Riverain in 2007 as Vice President of Research and took over as CEO in 2013. Riverain’s focus is the early, efficient detection of lung disease using AI. We have 6 FDA cleared applications, 5 in X-ray and one in CT.

What are the main challenges you often face?

The commercialization of AI in medicine presents many challenges, including product development and validation, regulation and, of course, the commercialization process itself which commonly has long sales cycles and many gatekeepers with many demands on an organization. The building of a company in medical AI is clearly a long game, commonly taking several years to make a mark. We thoroughly enjoy the challenge and take tremendous pride in what we do.

A significant challenge in building products for medical applications is the complexity of the domain, accessibility of training data, and need to integrate seamlessly into existing, sometimes disparate workflows.

One of many challenges related to building solutions for medicine is to ensure that training data used to build algorithms spans the scenarios that can arise, including those that may rarely occur but are nonetheless critical. We sometimes refer to this as the long tail problem, essentially referencing the underlying data distribution and the fact that some situations occur infrequently but must nonetheless be captured in the training data. To this end, we’ve created a unique capability to synthetically create disease to ensure even the infrequent scenarios are captured in the training data.

Not only do medical applications tend to have ‘long tails’, it is also the case that there is considerable variability in the input data that must be addressed to ensure solutions generalize across different manufacturers, protocols and patient populations. This is another area that Riverain has extensively invested in and we refer to as Image Normalization. Our patented Image Normalization technology ensures downstream deep learning algorithms see standardized (consistent) inputs independent of manufacturer, protocol, and patient population – all critical to ensure solutions hold up under highly varying inputs.

To what extent do you see artificial intelligence helping to solve these?

Artificial intelligence is fundamental to everything we do, but we also continue to see the need for strong foundational approaches to augment AI, such as simulation and modeling and image normalization.  In our opinion, it isn’t enough to assume that existing deep learning frameworks with large amounts of data are sufficient to ensure robust solutions that solve real clinical problems.

In what areas do you see the next big advances in medical/health AI?

I believe simulation and modeling will play a bigger and bigger role in medical AI. I also think we are in the very early innings of AI in healthcare and ultimately will get to data driven, scientifically driven precision medicine. AI is fundamental to achieving these goals due to the complexity of the data and the impracticality of addressing the problem outside AI.

Lastly, the need to develop technologies that allow us to see into the black box is critical to drive acceptance and adoption in AI. A significant challenge for AI is trust. Achieving trust by users requires greater visibility to answer the questions that users naturally ask – “why?

Focus on what matters, what you control and ensure you master the fundamentals as they will guide your direction.

We believe in changing healthcare one connection at a time. If you are interested in the opinions in this piece, in connecting with the author, or the opportunity to submit an article, let us know. We love to help bring people together! [email protected] 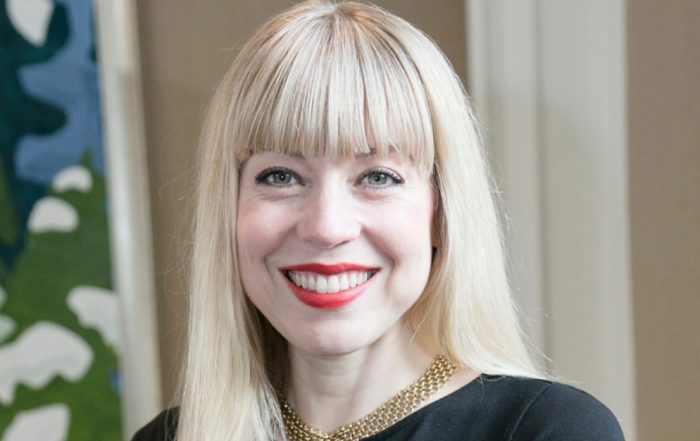 Data scientists are the newest members of the care team