Inspiration from the past: Alan Turing and defeating the Enigma

Since our last issue of AIMed Magazine, our team at AIMed hosted an AIMed Europe meeting at the prestigious Shoreditch Hall in London. We welcomed close to 400 attendees from many countries in Europe and other countries as far as India, Malaysia, Taiwan, Israel, and even Senegal. Among the highlights were a spirited discussion on the myriad of similarities as well as differences in the use of artificial Intelligence in healthcare and medicine from countries around the world. A most gratifying finale to this amazing week was a visit to Bletchley Park, where Alan Turing and his deciphering machine cracked the Enigma code during the second World War and thus becoming the progenitor of computer science and machine intelligence. I was tremendously inspired by sitting at his desk and admired his genius and passion to solve the impossibly difficult Enigma code.

“We can only see a short distance ahead, but we can see plenty there that needs to be done.”

A recent hot news item was the discovery of a microchip designed by the Chinese military and embedded in the server motherboards that were assembled by Super Micro Computer Inc. This chip allowed a hardware “Trojan Horse” into any network and this stealth invasion included 30 U.S. corporations, including Apple.

In the fast evolving world of AI in medicine, two important developments have occurred. First, Apple and its Series 4 watch has an embedded electrocardiogram interpretation algorithm used for detecting atrial fibrillation in our older population. A quick personal survey of about 10 adult and pediatric cardiologist colleagues yielded a very mixed response. While some cardiologists welcome the technological advance of essentially a 24/7 device to detect rhythm disturbances, others caution the possibility of over-diagnosis of clinically insignificant rhythm abnormalities that may lead to unnecessary worry or worse, treatment that may be more harmful than the abnormal rhythm itself. In addition, Nvidia and its AI team has publicized the use of generative adversarial network (GAN) to generate synthetic scans of brain cancer for training (by using the PyTorch deep learning framework on the Nvidia DGX platform). This strategy can be a game changer for healthcare as often there is a paucity of image data for certain disease processes, particularly rare conditions.

This issue of AIMed Magazine focuses on artificial intelligence and robotics. It is of paramount importance to understand that artificial intelligence and robotics is not only the traditional mechanical robots that the media portrays but entails any process that assists or augments human work (and this process can even be autonomous). Examples of robotic processes include drones, virtual assistants like Alexa (Amazon), and robotic process automation (RPA).

In healthcare, while robotic surgery has had mixed reviews, other innovations in use of robotic processes can have everlasting impact on healthcare and medicine. Drones are being explored for delivering emergency equipment or medications/vaccines/blood to remote or hard to access areas. Virtual assistants are being trialled in certain healthcare settings. Lastly, robotic process automation is vastly under leveraged as a useful tool in ameliorating the administrative burden and improving operational efficiency in the healthcare arena.

It is well over 60 years since Alan Turing made the aforementioned statement on machine intelligence, it behooves us to maintain his fortitudinous legacy and preserve his intention to do good and not harm. We will need Alan Turing’s insight and bravura to solve the many ‘enigmas’ of our health care system with artificial intelligence and to create a dreamscape for our clinicians and patients. 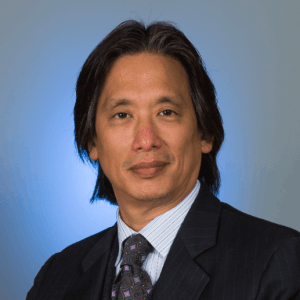