Artificial intelligence (AI), machine learning, neural networks and deep learning are the new, new thing. Applications in medicine are potentially vast and, as most things on the upside of the hype cycle, there is a proliferation of papers, conferences, webinars and organizations trying to stay ahead of the curve. Doing so, however, means you are on the leading edge to the trough of disillusionment.

Despite advances in computer technology and other parts of the 4th industrial revolution, there are many barriers to overcome before machine learning crosses the chasm. Here are some things you should know about dissemination and implementation, and innovation diffusion basics.

A recent Deloitte report highlighted the technical barriers. Here are the vectors of progress:

Human factors, like how and whether doctors will use AI technologies, can be reduced to the ABCDEs of technology adoption. Research suggests the reasons more ideas from open innovation aren’t being adopted are political and cultural, not technical. Multiple gatekeepers, skepticism regarding anything “not invented here,” and turf wars all hold back adoption.

Attitudes: While the evidence may point one way, there is an attitude about whether the evidence pertains to a particular patient or is a reflection of a general bias against “cook book medicine”.

Biased Behavior: We’re all creatures of habit and they are hard to change. Particularly for surgeons, the switching costs of adopting a new technology and running the risk of exposure to complications, lawsuits and hassles simply isn’t worth the effort.

Cognition: Doctors may be unaware of a changing standard, guideline or recommendation, given the enormous amount of information produced on a daily basis, or might have an incomplete understanding of the literature. Some may simply feel the guidelines are wrong or do not apply to a particular patient or clinical situation and just reject them outright.

Denial: Doctors sometimes deny that their results are suboptimal and in need of improvement, based on “the last case”. More commonly, they are unwilling or unable to track short term and long term outcomes to see if their results conform to standards.

Emotions: Perhaps the strongest motivator, fear of reprisals or malpractice suits, greed driving the use of inappropriate technologies that drive revenue, the need for peer acceptance to “do what everyone else is doing” or ego driving the opposite need to be on the cutting edge and winning the medical technology arms race or create a perceived marketing competitive advantage.

The UK House of Lords Select Committee on Artificial Intelligence has asked the Law Commission to investigate whether UK law is “sufficient” when systems malfunction or cause harm to users.

The recommendation comes as part of a report by the 13-member committee on the “economic, ethical and social implications of advances in artificial intelligence”.

One of the recommendations of the report is for a cross-sector AI Code to be established, which can be adopted nationally, and internationally. The Committee’s suggested five principles for such a code are:

Today, a Lord’s report has said that ethics must be at the centre of AI.

Finally. the parts of the environmental SWOT analysis are more wild cards in the game.

Artificial intelligence in medicine is advancing rapidly. However, for it to grow at scale and provide the promised value will depend on how quickly the barriers fall. 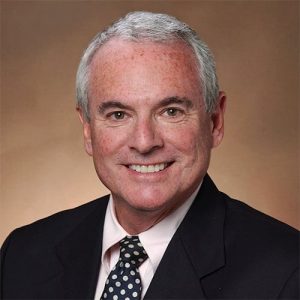 By Arlen Meyers, MD, MBA the President and CEO of the Society of Physician Entrepreneurs

Arlen Meyers is a professor emeritus of otolaryngology, dentistry, and engineering at the University of Colorado School of Medicine and the Colorado School of Public Health and President and CEO of the Society of Physician Entrepreneurs at www.sopenet.org . He has created several medical device and digital health companies. Most of them failed. His primary research centers around biomedical and health innovation and entrepreneurship and life science technology commercialization.

He consults for and speaks to companies, governments, colleges and universities around the world who need his expertise and contacts in the areas of bio entrepreneurship, bioscience, healthcare, healthcare IT, medical tourism — nationally and internationally, new product development, product design, and financing new ventures.