How do biology and machine learning inspire one another?

CNNs were developed from perceptrons, vector-mapping algorithms in turn inspired by associative learning of the brain, and the idea of “integrate and fire” neurons.

Much like the first perceptron, the convolutional neural network also bears the hallmarks of a biologically-inspired system: think of a perceptron as a coarse approximation of a single neural pathway and a CNN as a complex, multi-layered network of neural connections inspired by a biological neural network (BNN), as found in the human brain.

An artificial neural network (ANN), such as a CNN, has been described (by UC Berkeley’s Michael Jordan) as a “cartoon” of the biological brain: we don’t yet know exactly how the brain works so we can’t come close to building something that works exactly like it.

Instead, ANNs (and CNNs) are finely engineered systems, built upon the principles of computer science but containing many elements derived from biology: the hierarchy of layers are analogous to the Brodmann areas of the visual stream; convolutional neurons emulate biological receptive fields; and suppression models equate to the surround suppression that enables the detection of edges and contours of objects.

Inspired by the biology of the human brain

Of course, these algorithms cannot match the true complexity of a neuron, or of the human connectome; it is perhaps a loose inspiration at best. However, this makes it all the more pleasing to see these algorithms perform successfully – and there is a certain satisfaction in seeing how they can now be used to repay the favour, helping us to learn more about how the biological brain works.

This is occurring both by studying the theory of neural networks, and by applying them to biology.

For example, in trying to understand visual cognition, several areas of research are focussed on building explanatory models such as deep neural networks; attempting to capture the underlying spatio-temporal dynamics in order to understand the multi-stage processing of visual information. In terms of biological application, neural networks are being used for classification studies across the entirety of neuroscience, from interpreting fMRIs, right down to predicting where a human’s eye is likely to fixate on an image. Overall, research into biological and machine vision have been impressively intertwined.

New theories on how the brain works

The phenomenon of interplay across the two fields doesn’t stop at vision. Ideas of long and short term memory have been incorporated into neural networks, and in turn neural networks have been used to identify when neurons are in a state conducive to learning.

Furthermore, new theories on how the brain works have been put forward based on successful ML techniques. For example, in a 2012 lecture, Geoffrey Hinton, a cognitive psychologist and computer scientist most noted for his work on ANNs, put forth a theory to explain why neurons tend to communicate with ‘spikes’ of electrical signal rather than continuous analogue input. Hinton drew inspiration from a machine learning technique, known as ‘dropout’, which prevents overfitting by randomly dropping units (along with their connections) from the neural network during its training to a data set. It is theorised that by communicating in ‘spikes’, neurons in the brain can avoid over reliance on any particular neighbour, preventing reliance and co-adaptation.

The symbiotic relationship between machine learning and biology is driving true advances in both fields. As artificial neural networks begin to more accurately represent biological ones, we’ll learn incredible things about the brain; this in turn will drive ever-more incredible research across science as machine learning is able to tackle more complex problems.

Read more about the crossovers of artificial intelligence (AI) and biology

Part 2: HOW IS MACHINE LEARNING AIDING IN THE UNDERSTANDING OF GENOMICS DATASETS?

Part 3: APPLICATIONS OF MACHINE LEARNING AND GENOMICS IN THE TREATMENT OF CANCER

John is Co-founder and CEO at Cambridge Cancer Genomics, a precision oncology startup building software solutions for iterative medicine. CCG uses integrated bioinformatic and machine learning pipelines for liquid biopsy analysis, in order to guide doctors on tumour treatment in real time. John is actively involved in the biotech startup community as a Venture Partner at the Pioneer Fund, Director of SiliconBio and a lecturer at Anglia Ruskin University. He holds a Masters in Pharmacology (1st Class) from the University of Glasgow and pursued a PhD in functional genomics at the University of Cambridge. His research career in academia (CRUK) and industry (MedImmune) focused on understanding how tumours evolve and become resistant to treatment. He has published numerous scientific papers, book chapters and literature reviews, and has 300+ citations.

Harry is Co-founder and Chief Technology Officer at Cambridge Cancer Genomics. He leads CCG’s tech team of AI researchers, data scientists and bioinformaticians to conduct innovative R&D and develop the underlying tumor analysis pipelines and cloud architecture of CCG’s smart genomics systems. Harry has a PhD in bioinformatics from Oxford University and experience in postdoctoral roles, including at Cambridge University with Cancer Research UK; and in the biopharma industry, where he worked on developing biomarker-based medical diagnostics. 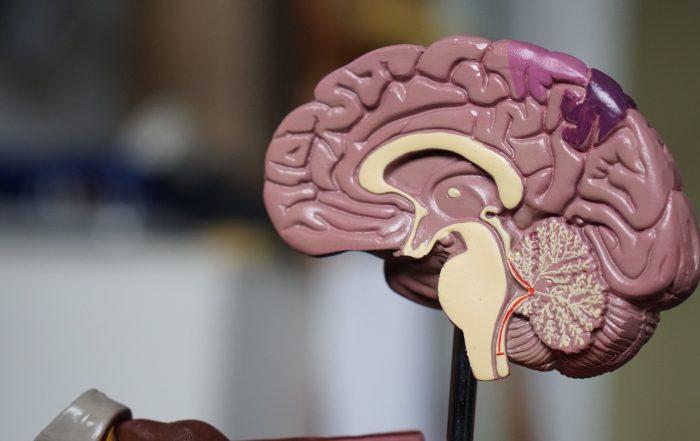