A new study by Moorfields, in London and DeepMind, a Google company, found that artificial intelligence (AI) powered imaging technology can learn to read complex eye scans and detect more than 50 eye conditions.

Prof Sir Peng Tee Khaw, the director of the NIHR Biomedical Research Centre at Moorfields eye hospital and the UCL Institute of Ophthalmology, said: “The results of this pioneering research with DeepMind are very exciting and demonstrate the potential sight-saving impact AI could have for patients.”

With an error rate of only 5.5%, AI performed as well as two of the world’s leading retina specialists,

Crucially, the algorithm did not miss a single urgent case, which suggests it would be safe to deploy in a clinical setting.

This technique could help clinicians to prioritize their workloads and slash the time for patients to be seen by a consultant from weeks to days.

Early results from tests of the scanning technology are so promising researchers believe it could be rolled out across 30 UK hospitals in less than three years.

DeepMind co-founder Mustafa Suleyman says the firm and Moorfields’ are now planning on using the method in clinical trials and will attempt to get a final product approved by regulators.

Mr Suleyman said: “What we do hope is that when this is ready for deployment, which will be several years away, it will end up impacting 300,000 patients per year.”

The results, published in the journal Nature Medicine, were described as “jaw-dropping” by Dr Pearse Keane, consultant ophthalmologist, who is leading the research at Moorfields Eye Hospital.

For the AIMed community the results may be less surprising, as artificial intelligence has been widely recognised as having surpassed human experts for some time.

To read a Deep Dive on AI in Medical Imaging, be sure to download AIMed Magazine issue 03 here. 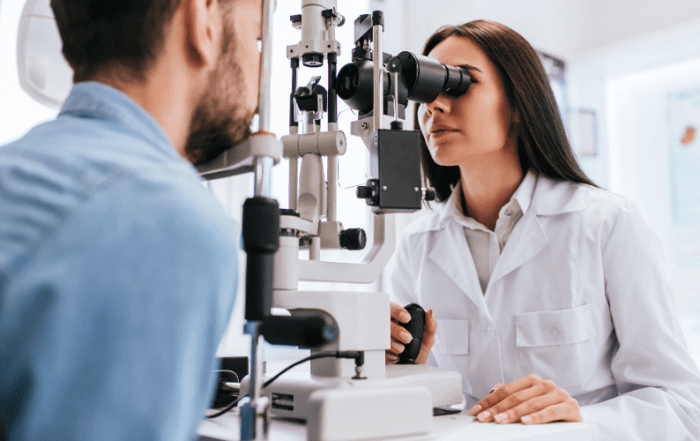