Public satisfaction with general practioners (GPs) are at their lowest levels since records began and missed appointments cost the NHS £1 billion in 2017.

Vishal Nangalia, a consultant anaesthesiologist at the Royal Free London NHS Trust said: “Most of our communication with the NHS is snail mail that gets lost, or it will be delayed and three weeks later you get a letter for an appointment that was two weeks ago.

“For most people text reminders on your phone are not AI, but AI can help with that. It doesn’t have to be complex for the patients. 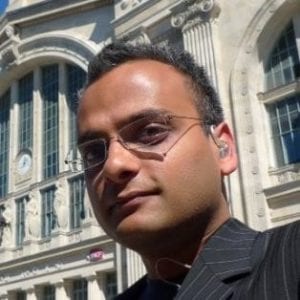 Dr Nangalia is developing a product called Patient Angel which analyses a patient the moment they walk into a hospital and gives care teams an indication of some of the diseases they have and their risk of deteriorating.

His background is in space medicine and technology, and he sits on the board of AIMed, a global movement of clinicians promoting the use of artificial intelligence in Medicine. He is speaking at the AIMed Europe conference in September.

Dr Nangalia said: “There’s an AI called Iris that will read and analyse all the published literature and news on certain medical conditions and give you an update every week. That way doctors can know if there’s something they need to learn about.

“Would you rather go to a doctor who is using something like that or someone who gets an update once or twice a year at conferences they attend?”

The NHS is poised on the brink of a healthcare crisis; faced with an ageing population, a growing population and a shortage of doctors to meet the country’s needs.

A new King’s Fund analysis of health data from 21 countries found the UK has the third-lowest number of doctors with just 2.8 per 1,000 people, barely half the number in Austria.

The number of patients in England who said they were able to get an appointment with their family doctor fell by 27.5% between 2012 and 2017, a study by researchers from the University of Leicester found.

With the UK population set to hit 70 million in less than a decade, it is clear by any calculation the NHS will be stretched beyond its current limits unless innovation comes to its aid and NHS bosses are already reimagining the structure of our healthcare system.

“In essence healthcare will polarise into high protocol based self-service or rapid access that manages most of illness up to middle age, then boutique personalised medicine from middle age into extended old age will be needed to manage complex comorbidities and the challenges of ageing and decline.”

Essentially the most complex health conditions will still be handled by primary care teams but any unnecessary interactions between patients and providers are going to be automated.

A large part of the self-service care Mr Varney refers to will most likely be healthcare apps, ‘virtual doctors’ which will allow patients to access basic services via their phones.

Not only will this connect patients to their GPs, so they can get information faster and without unnecessary appointments, but in many cases the apps will be able to diagnose basic conditions automatically.

The more regularly patients use them and give them information and data, the more accurate the apps will become.

The NHS has already deployed a service called GP at Hand, a free app which allows you to connect with a GP via video link and comes with a symptom checker powered by AI.

GP at Hand was launched last November at Lillie Road Medical Centre in Fulham, West London in partnership with the technology company Babylon, which claims it is being blocked from expanding by “vested interests” inside the NHS.

A board paper published by the Hammersmith and Fulham Clinical Commissioning Group (CCG) said early indications were that GP at Hand had caused a surge of new acute care activity.

The board estimated that GP at Hand had led to extra costs of around £150,000, paid for from the CCG’s contingency fund. Babylon said their service would eventually save money and reduce pressure on the NHS.

The CCG’s review also raised several potential risks including GP at Hand creating an inconsistency in the provision of care and contributing to health inequalities, because many users won’t have the technology or education to use digital health apps.

Claire Novorol, who has worked as a paediatrician at several London hospitals, including Great Ormond Street, has founded similar AI-powered app called Ada Health, and she is familiar with the criticism that healthcare apps increase inequalities.

Dr Novorol said: “Obviously we need to be mindful of this and think of ways to make apps as accessible as possible and that means being available on the most affordable smartphones and being as easy to use as possible.

“Using AI-apps to support people in managing their health and to deliver some healthcare will reduce the strain on the system and so help even those people who cannot use the apps because of increased overall access.”

Despite controversies, AI technology in the form of apps or otherwise will be crucial to the future of the NHS, and the UK government has shown signs of realising that.

Last month, Health Secretary Jeremy Hunt launched a review into how tens of thousands of NHS staff could be trained to use AI.

Dr Nangalia said: “I think Hunt is saying we’re open for business, now AI is part of the agenda. But it’s not a waterfall moment to be perfectly honest.

“People are putting their money where their mouth is, but I don’t think they’re the ones causing the revolution. I think it’s already started happening and I think they’re now going ok we’ll support this.” 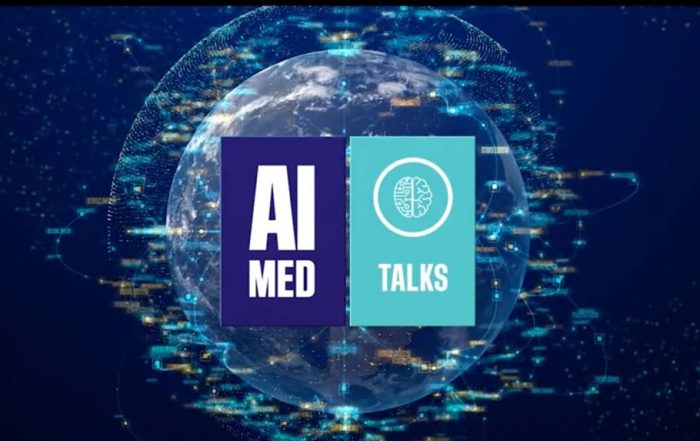