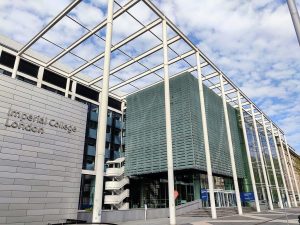 How Imperial College London’s AI network, a cross-faculty consortium, is aiming to train the next generation of clinical AI experts

“Imagine the inconveniences faced by a diabetic patient who needs to constantly measure her blood glucose level and inject insulin,” says Dr. Aldo Faisal, Professor of AI & Neuroscience at Imperial College London and Director of the UKRI Centre for Doctoral Training in AI for Healthcare. “While we have sensors and implantable pumps that shoulder the responsibilities of continuous monitoring, our ultimate goal is to create an artificial pancreas. A system that dynamically learns from the responses of humans to specific doses of insulin and to maintain normoglycemia with as little insulin as possible.”

When it comes to AI, Dr. Faisal, AI frequently asks himself, ‘How do we build technology that acts with the intelligence of a human?’ The contemporary answer, of course, is machine learning. The realization that intelligence cannot be programmed, but needs to be taught. It’s reflected in the way AI research is conducted at the Imperial College of London – with both AI and machine learning needing to address a practical challenge.

To that end, Dr. Faisal and his team proposed to help diabetic patients by developing an AI-driven pancreatic system. By letting the algorithm learn to control and deliver insulin in laboratory animals, they discovered that the doses of insulin the AI released into the animals were far less than the required doses. This meant AI could be a more sustainable option to stabilize blood glucose levels with lesser insulin. Dr. Faisal hopes the artificial pancreas could one day be used in human patients. But before that, his team managed to scale the autonomous system into something called the AI Clinician.

“We are trying to ‘treat human doctors as AI’,” Dr. Faisal explained. “We allow doctors to learn from the decisions they have made by assessing the impacts of these decisions on patients”. Dr. Faisal and his team chose to test AI Clinician in the ICU, where extensive records of data and interventions are readily available, and to target sepsis as it was the main cause of death in the ICU. One of the key challenges often faced by the care team is how to manage the dosage of intravenous fluids in vasopressors as roughly 50% of the septic patients in the ICU are not fluid responsive.

To address that, Dr. Faisal and team trained AI Clinician with more than 19,000 sepsis patient records provided by the Massachusetts General Hospital, validating it on a separate database provided by a healthcare technology company with 3 million patients from 300 US hospitals. AI Clinician classifies ICU patients into 750 different states. Any clinical intervention or changes to the medical conditions can drive a patient to move from one state to another.

AI Clinician not only manages to predict mortality in each state, and when patients move between various states, but also offers recommendations to the care team. What Dr. Faisal and his team realized was when both the AI and human doctor arrived at the same optimal policy, or consensus in terms of the dosage for vasopressors and IV fluids given to the patients, patient mortality tended to be lowest. The team is now working on deploying the system in an actual clinical setting, to assist clinicians in making informed decisions and determining the outcomes via an interactive evaluation between human experts and AI.

“This will improve the cost of care, and improve outcomes, simply because things will happen earlier, faster and better,” adds Dr. Faisal. “Rather than replacing people with machines and creating unemployment, we foresee AI as a way of dealing with the growing unmet need for clinical care”.

The AI Clinician is one of the many research projects spearheaded by the AI Network at the Imperial College London. The AI network is a natural outcome of Imperial’s vision to be the top AI research center in the country. It set out to be an inclusive and holistic platform for experts across different disciplines to connect and explore how technology can help solve some of the major challenges on the planet. The network meets every month and has represented research groups looking into some of the most widely debated AI topics including explainability, trust, transparency, security, privacy and safety.

The network has broadly categorized healthcare AI into perceptual AI, which is the capability to recognize, diagnose and monitor diseases and intervention AI, which decides on the most appropriate treatments for patients. The UKRI Centre for Doctoral Training in AI for Healthcare headed by Dr. Faisal was launched in late 2019 to train up to 100 PhD level innovators over the next five years. Each student will get to work with two supervisors, a clinician and an AI researcher over their course. Dr. Faisal hopes it will lead to more AI Clinician level of AI solutions sooner rather than later, stating “AI for healthcare embodies everything that makes AI in general interesting.” 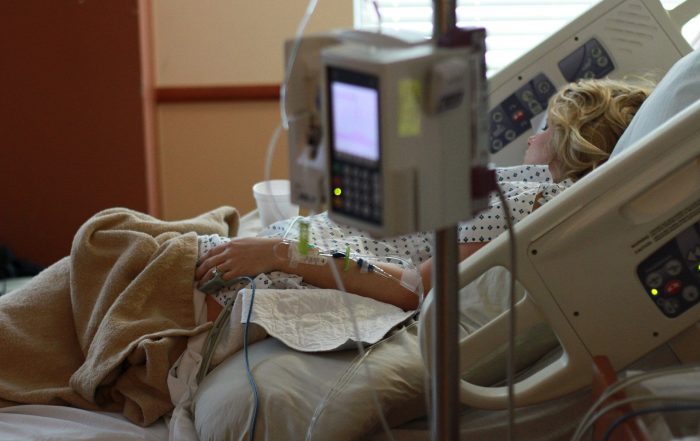