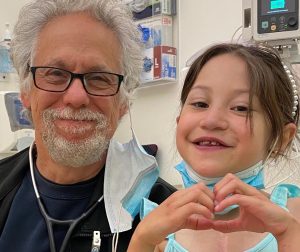 “Unlike the hearts of most people, the complex patterns found in congenital heart malformation often lead to serious functional problems,” says Dr. Michael Silberbach, Professor of Pediatrics at the Division of Cardiology at Doernbecher Children’s Hospital at Oregon Health & Science University (OHSU). “One of our biggest challenges is communicating new information obtained from patients into succinct summaries and reports. That’s why I became interested in a well-integrated system that brings details from various sources, putting them on the same platform, and allowing them to be exported with ease.”

However, it was not until Dr. Silberbach was walking through the exhibits at the Society of Cardiac Magnetic Resonance conference that he finally found what he was looking for. “It was probably a decade ago and I remember coming across the number 42 on one of the tools,” he recalls fondly, confirming his suspicion of the obscure meaning of that particular number. “The company representative told me how the number was the answer to the ultimate question of life and the universe, according to Douglas Adams’ book, The Hitchhiker’s Guide to the Galaxy. So, I thought, this is probably a problem-solving organization that knows where it’s coming from, and I should adopt the solution. It turns out that I was right.”

Dr. Silberbach was introduced to cvi42, a cardiovascular post-processing software for viewing and analyzing cardiovascular MRI and CT scans developed by Canada based imaging company, CircleCVI. “The company pays a lot of attention to how information gets into the cvi42 platform, how it breaks it into different modules, and how it’s then exported. That was the greatest lure,” he says. Specifically, as Dr. Silberbach cites, CircleCVI was at the forefront of quantifying perfusion or the passage of fluid flowing through the myocardial circulatory system.

Nevertheless, Dr. Silberbach claims it remains challenging to convince hospital administrators to adopt a new technology, “I wasn’t able to persuade my university to purchase the 4D Flow Plugin,” he says ruefully. “Blood flow patterns can be complex, and I know CircleCVI has spent a lot of time capturing the patterns of blood flow through the heart and its related blood vessels with this approach. Unfortunately, there’s always a tug of war between clinicians who want to keep pushing medicine forward with better, faster and more integrative information and administrators who want to be shown how new tools are going to change the health of the patient population, arrive at better outcomes, be more efficient, and work within hospital finances.”

Yet, Dr. Silberbach believes these reservations will not mask the tremendous potential offered by new technologies, particularly AI. “As computing power increases, we will start thinking about how we can seize large quantities of information and filter it into something that’s understandable and actionable,” he explains. “For example, T1 parametric mapping, which is a way to quantify the amount of scar tissue that’s in a heart. The next step is to visualize how scars are forming in the heart via a 3D or 4D platform and I fully expect CircleCVI will be working on this. We will soon be able to see how the actual imaging information is combined with other details to calculate possible outcomes. This is what I am really looking forward to.”

Dr. Silberbach is also confident in how AI will analyze, define, and predict future heart diseases in children. “The focus of AI development in the cardiac imaging space has been on adult hearts. However, the vast spectrum of congenital cardiac malformations lends itself spectacularly to AI algorithms,” he says. “When it comes to adult medicine, cardiac structures are remarkably similar but for congenital heart disease, while it may be rare, the spectrum of malformations and associated functional problems increase exponentially. AI has already been deployed in a subcategory of congenital heart disease called Tetralogy of Fallot, helping pediatric cardiologists to accurately diagnose the problem.”

Dr. Silberbach believes as imaging advances, it will become a broad term. “It’s not just about capturing the shape of something, but also the blood that’s moving through time, interactions between different body parts, flow dynamics relating to energy loss, and how all these are affecting the heart – a complicated organ,” he explains. “Suddenly, because of AI, we are expanding from examining images to studying and predicting the whole heart-health pathway.”

As such, Dr. Silberbach hopes cardiac MRI will eradicate fuzzy images too. “You may have noticed that people seldom smile or jump for joy in old photos,” he observes. “In those days, it’d take a long time to get enough light to burn an image onto a plate, making it important to stay as still as possible to prevent getting a blurry photo. It’s hard to keep smiling in that situation. Modern photography revamped that by shortening exposure time. But unfortunately, clarity of cardiac MRI is still influenced by irregular heart rhythms, motion in the chest caused by breathing, or a fidgety, nervous patient.”

This is particularly relevant to Dr. Silberbach as he works with children who so often find it hard to remain still. “How do you take an image with all the noise and activities?” he asks. “How do you take into account that a patient has moved two degrees to the left or four degrees up and then figure out what the actual image is telling me? I believe tools like cvi42 that capture the strength of AI will be in the forefront of making sense out of fuzzy motion-filled pediatric hearts.” 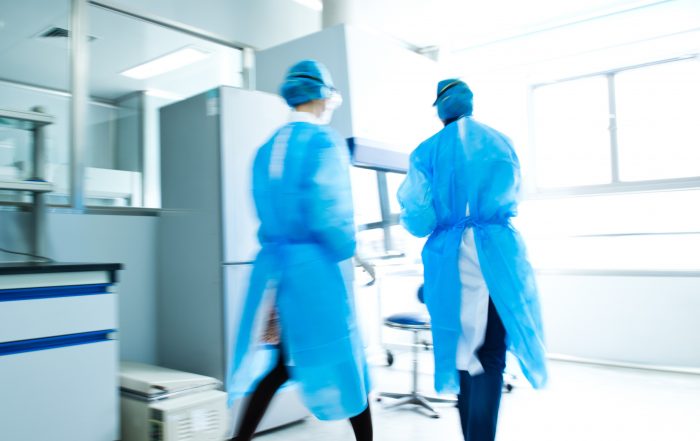 One patient every second 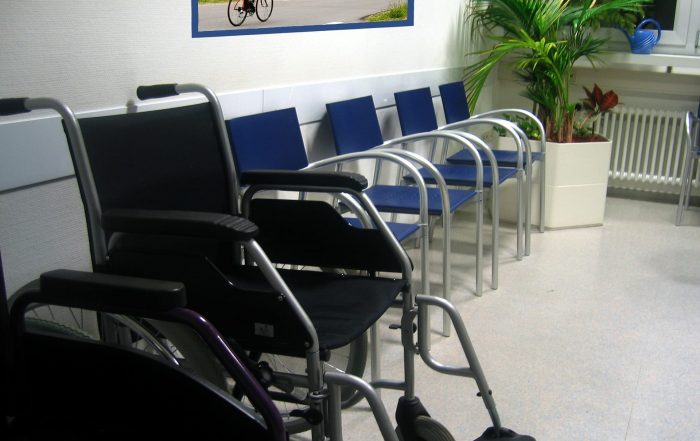 The no-sweat solution to no-shows