In 2016, Canada Health Infoway, a Canadian government funded non-profit organization launched the Data Impact Challenge II as part of an ongoing effort to explore how digital health can be better developed and adopted nationally. Following its inaugural year, the Challenge called again for those with legitimate access to the country’s digital information to address some of the pressing healthcare concerns and in turn, reinterpret how big data can be leveraged for related evidence-based decision making in the near future.

SAS, a North Carolina based global analytics software developer, was one of the challengers. They chose to look at how social media could provide additional information to identify young adults aged between 15 and 25 with self-harm and/or suicidal thoughts. The company formed a four-person team made up of healthcare professionals and data scientists and extracted 2.3 million tweets in 64 days. They then used a machine learning-driven text mining tool to sift out 1.1 million that were perceived to be written by teenagers living in Canada.

The team highlighted certain vocabularies and created topics around these tweets to estimate the percentage of individuals who appeared to be talking about depression or suicide. They believe the results fill a gap in existing data, most of which are gathered from old-school written surveys. The analyses shed light on patterns and trends: and were able to pinpoint whether a specific region in Canada; a particular school, or time of the year, is facing or about to face a mental health crisis. This created room for more targeted campaigns to those who are most at risk. The team went on to win the $10,000 Best Answer Award that they duly donated to two mental health charities.

Greg Horne, SAS Global Principal for Health was the prime motivator behind the company’s participation in the Challenge. He recently told AIMed that he and his team had not only pinpointed hotspots where mental health issues might be a problem, but also reflected on how concerning it is that many people are openly communicating about mental health problems but are not actively seeking help.

Horne expressed the Challenge was a springboard for them to know more about the role of analytics in mental health. In fact, SAS had been working with The Centre for Addiction and Mental Health (CAMH), the largest mental health teaching hospital in Canada for years, assisting them in their digital transformation and attainment of HIMSS AMAM (Adoption Model for Analytics Maturity) Stage 6 status.

SAS is still sharing its analytics expertise with CAMH; in the form of a predictive model, with the potential to be used in inpatient admission which optimizes care for ALC patients (i.e., alternate level of care: patients who are occupying an acute care hospital bed but are not in need of inpatient medical service). By predicting whether a patient is of ALC nature upon admission, CAMH is hoping to be able to move them through the system at a faster pace.

Furthermore, SAS and CAMH are also looking at supporting risk flagging through the use of analytics. Horne is confident analytics will become the key to reduce and remove stigma in mental health, citing that the company was working with a US organization to find out why a very high proportion of patients with mental health issues were not attending their first appointment and that was when they realized the importance of virtual care.

“These are the people who had sought help and were given a referral, yet they had chosen to miss their first appointment,” explains Horne. What we found was, if I live in a small town and drive my car down the street to the psychiatry office, my neighbors, my friends, and those who know me are likely to question why I was there and it invades my privacy immediately. I may not want others to know that I am seeking mental health support and that’s when virtual care will be helpful.

“By pairing analytics and virtual care, a more personalized action plan can be developed for an individual who has come forward to seek help and questions such as ‘What’s the next best action for this patient?’ can be answered more readily. We want to know the background of these patients; we want to have their records and social determinant data available so that it will make it easier for them to get access to mental health services”.

Nevertheless, mental health does pose some unique challenges to analytics. According to Horne, physical health is a relatively quantitative domain since most measures can be captured and recorded numerically. Analytics can be easily run by comparing discrete values. However, when it comes to mental health, most of the data around patients are unstructured; they are text-based, opinionated, and written in a way that’s not easy for analytics to ingest.

As such, SAS is tapping into natural language processing (NLP) to build its own taxonomy of words around mental health to locate information that may enhance its analytics or indicate the outcome that they are searching for. Horne noted in the healthcare space particularly, people who are creating the data may not necessarily have been taught to appreciate the value of it. Thus, he believes educating clinical staff who are gathering data will be a huge step towards overcoming the problem of data inadequacy.

Horne believes we will witness a big rise in the use of analytics within healthcare in this decade. “I think we are going to see more personal data being shared through connected devices and through a change in the way we interact with healthcare as well,” he says. “But we also need to have a discussion in the next decade on appropriate uses of data and how to get people’s consent. Ultimately, we all need to think how this will drive us towards better health outcomes.” 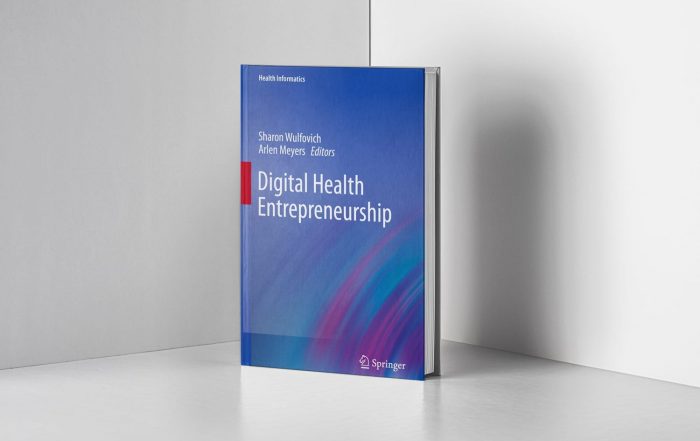