I have congenital heart disease – pulmonary stenosis – which was diagnosed when I was six months old and repaired at the age of 10 years. So I’ve spent a lot of time on the cold end of the stethoscope, and always wanted to be a surgeon. I remember patiently letting students listen to my heart when I was in the hospital for my surgery because I knew I would go to medical school one day. I’m very grateful to Richard Cleveland (now deceased) who fixed my heart. I’ve run two marathons so it works well.

Could your career have taken another direction?

Definitely. For example, I’m now a healthcare technology executive. My career path wasn’t ever traditional. I majored in electronical engineering, before there was a computer science undergraduate degree at Stanford University. I paid for school doing programming, database consulting, and teaching computer science. I earned a PhD in informatics well before it was cool. While I was a surgery resident, I held a faculty position in informatics, and during my ‘laboratory years,’ I advised my own students and consulted for a knowledge management start up (Unbound Medicine – it’s still around). I was really enjoying myself working on bleeding edge technologies as the information architect for Unbound Medicine in the middle of my residency. I remember flying to London and chatting with a really trendy engineer from Singapore who asked me, ‘Why on earth would you go back to residency and work all those hours and get paid nothing?’ She had just finished this question, when a fellow 50 year old passenger on one cholesterol medication had v-fib arrest on the plane, and I shocked him back
with a non-automatic defibrillator. I eventually went back to my seat and said, “That’s why.” Sometimes God sends very clear messages.

The biggest influencers on my career were probably my parents who raised me to believe I could do anything. They never really put boundaries on my career possibilities, nor did they really put any pressure on me. I’ve had a number of mentors and sponsors who have made my career possible, mostly people who were willing to challenges existing norms and beliefs. I’m really grateful for many individuals who believed in me when I did not fit the mold Ted Shortliffe, my PhD advisor, for believing that I could be an informatician and a surgeon (or at least tolerating that plan); Robert Anderson, my general surgery program director, for allowing me to serve as informatics faculty and work for a start up during my residency at the very traditional Duke General Surgery Training Program; Henri Ford, for giving me the opportunity to train in pediatric surgery at Pittsburgh Children’s Hospital; Skip Neblett and Dan Masys/Kevin Johnson, for giving me an amazing surgeon scientist job at Vanderbilt; Dai Chung, the department chair in Pediatric Surgery at Vanderbilt for supporting my decision to leave Vanderbilt for IBM Watson Health then letting me keep practicing part time (he said he’d fire me if I didn’t take the job); and Kyu Rhee, MD, MPP, the Chief Health Officer at IBM, for hiring me as Chief Science Officer at IBM Watson Health

Best piece of advice you ever received?

Sue Bakken, now editor of Journal of the American Medical Informatics Association, told me I did not need to be a Mom like any other Mom; I just needed to be reliable and consistent. I’ve applied that principle to most roles in my life.

What advice would you give to someone starting out in a career in medicine?

The job you are signing up for today will be completely different when you finish training. If you are not prepared for change, you might end up really unhappy. Pursue the things you love even if there isn’t a clear pathway or someone tells you they aren’t possible

Getting promoted with tenure as a surgeon scientist. In 2014, I was the first woman to be promoted on the tenure track in surgery at Vanderbilt University Medical Center.

When I was recruited to IBM, I was the Director of Graduate Studies for Biomedical Informatics at Vanderbilt University Medical Center and Co-Principal Investigator for the Biomedical Informatics Training Grant. I loved that job – recruiting, training the next generation, building a program, watching scientists learn and grow. Telling the students and the program administrator that I was leaving was the most difficult thing I had to do in that transition. Fortunately, I get to do a lot of the same things in my current role at IBM

Being late for school pick ups! Nashville traffic is horrible.

I’m proud of many things – defending my PhD thesis, finishing a demanding general surgery residency and pediatric surgery fellowship (that’s nine years of training), running a marathon, getting an R01 funded, and getting tenure.

Focus on the things you can control; don’t worry about the rest.

These days, it is usually a scientific submission deadline or jet lag.

Big Little Lies – it is the only TV show I have binge watched. And watching football; my daughters and I are huge football fans. My husband played college football for Mississippi State, and I cheer for Stanford, where I went to school, and Vanderbilt. We also go to the Titans games in Nashville, and I grew up in New England, so I’m a huge Patriots fan. For the record, I was a Patriots fan long before Tom Brady.

To value honesty, humility, and gratitude.

Which person do you most admire — and why?

I have always admired some of the surgeons who did the first heart and heart-lung transplants – Christiaan Barnard Norman Shumway, and Bruce Reitz. Their commitment to advancing the science had to be so much greater than their fear of failure.

I’m not sure there is just one. I would probably choose my engagement ring, wedding band, and the pearl ring my husband gave me the night before we got married. I also have several things that my grandmother made for me as a child – stuffed animals, dress up pioneer clothes, and blankets. On the professional front, I have Frank Davidoff’s (former editor of Annals
of Internal Medicine) annotated copy of Forgive and Remember (with his notes) that he gave me before I started residency, and a Sabiston Textbook of Surgery handbook that David Sabiston signed for me when I interviewed for surgery residency at Duke, along with the letter he wrote me after I matched.

If you could edit your past what would you change or do differently?

My biggest challenges and mistakes have made me who I am today, so I don’t have a lot of regrets, but if I could go back, I’d try to be more honest, humble, and grateful.

I like to play or hang out with my nine year old daughter and 16 year old stepdaughter, who both still want to spend time with me. Sometimes. They are so intelligent and funny. I also like hiking, jogging, gardening and skiing.

The rest of my family is taking mixed martial arts lessons, so I’ve got to sign up or I’ll have to keep tapping out. I’m thinking of learning a new programming language for fun.

Where is AI heading?

Into every aspect of our lives!
It seems that every week I am correcting someone who says something about AI being new. AI
in healthcare isn’t even new, but widespread availability and adoption of AI technologies in healthcare is relatively new. AI being ubiquitous in our lives is where we are going.

Does the gender inequality in AI in medicine frustrate you?

Not so much these days, as I work for a company that has been treating women fairly for a long time. IBM started hiring women for high tech jobs in 1934 and established equal pay for equal work policies in 1935. Almost a century later, academic medicine, Hollywood, Wall Street, and other technology companies are just starting to talk about addressing these problems. I’m disappointed by the lack of action.

What can be done to redress that?

Less talk, more productive and pragmatic action. It is that simple. I have spent a lot of time educating the next generation of informaticians and surgeons and supporting other women in advancing their careers. There have been a lot of women’s marches over the last several years, and I think I’ve spent each of those days doing direct one-on-one career mentoring or editing first-author papers for one of my students or trainees. I try to make concrete efforts to move other women forward. I share my experiences and lessons with other women whenever possible, to dispel myths and encourage others.

During your career, as a woman, have there been times when you’ve felt you’ve had to work harder or do more to gain recognition?

Not really. I’m proud of working hard on things I love, so “working harder” is kind of a way of life. For most of my career, I stood out so much because I was an informatician. Being a woman wasn’t as much of a factor. It was more of a factor as I advanced in academics, where there is much more of an effort for diversity (box checking), but not inclusion. I have been blessed to have opportunities to work on cutting edge technologies, so my efforts have gotten attention.

Like everyone, I have some great stories. When I was a surgery intern, one of the community surgeons cornered me at an end of year party and said, “You are going to quit and have babies.” I replied, “No. I’m going to finish and be your boss.” He laughed and acknowledged that was probably true. 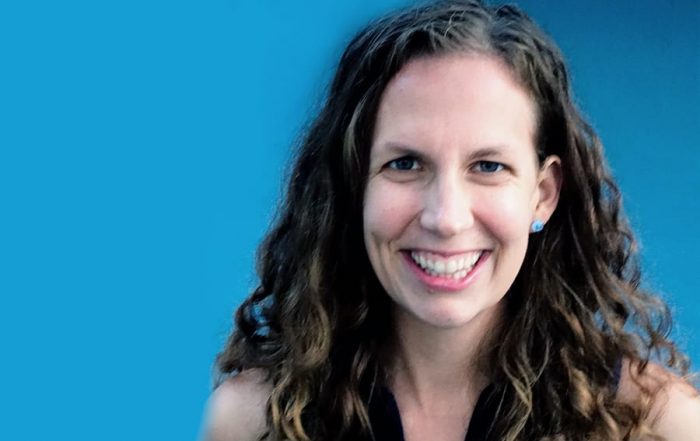 Life in the fast lane 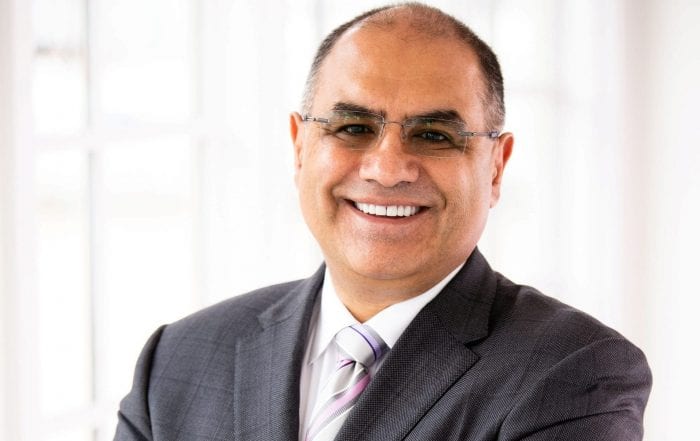