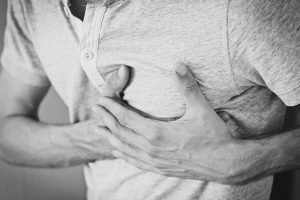 Backed by $43 million in new investments, the company’s AI platform is designed to take in non-invasive CT angiography scans of the heart and determine who may be at the greatest risk, based on an analysis of the plaques built up in their coronary arteries.

The system’s algorithms—relying on a database of millions of annotated lab images, plus clinical data from trials of more than 50,000 patients—aim to measure the severity of and provide more detail into any potential blockages that could fatally cut off the supply of oxygen to the heart muscle.

“We use 3D mammograms, colonoscopies and lung CT scans to find and prevent breast, colon and lung cancer, but we haven’t had similar capabilities for the world’s number one killer—heart disease,” Min said.

The New York-based company’s system aims to provide a more comprehensive view of cardiac health compared to traditional indicators, such as tracking blood cholesterol levels, which can indicate a higher risk of a heart attack though many people may never develop the condition.

At the same time, the first symptom of coronary artery disease for more than half of those impacted is a heart attack itself, illustrating the need for earlier diagnostic technologies, according to Cleerly.

The company’s series B round was led by Vensana Capital, with additional backing from LRVHealth, New Leaf Venture Partners, DigiTx Partners, the American College of Cardiology and Cigna Ventures, as well as previous investors—bringing Cleerly’s total venture capital funding up to $54 million since its founding in 2017.

The net proceeds will be put toward scaling up its commercial reach and the pursuit of new strategic partnerships, the company said.

Cleerly’s automated, end-to-end platform will also look to package its results with interactive tools for primary care physicians as well as patients to help them better understand the current state of a person’s arteries without needing advanced training in reading medical images.

“We see Cleerly as the future of how coronary artery disease will be evaluated, and we support the company’s mission to tailor a personalized approach to diagnosis, management and treatment, and to validate all of this with world-class clinical evidence of utility and cost-effectiveness,” said Vensana Capital managing partner Justin Klein, who joined the company’s board of directors as part of the latest round.