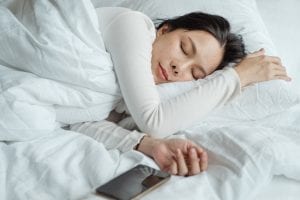 Doctors at Sanford Health are to begin using augmented intelligence to scan electronic medical records for dozens of factors that could indicate a patient suffers from obstructive sleep apnea.

Those 67 indicators include body mass index (BMI), age, gender, medical history, clinical symptoms and blood work, among other factors. The physician also conducts a sleepiness questionnaire asking people how tired they are throughout the day. Combined, the information outputs a score of how likely the patient has the condition that afflicts millions of people by reducing airflow as they sleep.

“This model uses mathematical modeling to narrow the population down from 1 million to perhaps 50,000,”said Max Weaver, the Sanford Health business intelligence analyst who developed the tool.

Dr. Kevin Faber, chair and medical director of sleep medicine at Sanford Health in Fargo, North Dakota, and the project’s provider champion, states that it’s a powerful way to reduce unneeded testing, maximize the physicians’ time and help patients. “It’s a tool to help identify risk. It’s not the diagnosis. It doesn’t replace the need for a sleep test,” he said. “But it’s a tool that can help the primary care practitioner be ultra-efficient with his or her time, as they have precious few minutes with their patients and need to do the things that have the biggest impact. This tool will allow them to then identify those patients at highest risk, so we can treat them for a condition that they didn’t know they had.”

Unlike many medical conditions accompanied by pain, discomfort or visible symptoms that prompt people to go to the doctor, most sleep apnea sufferers are unaware of it. “The problem is we need a way to identify the group of people who don’t know they have the condition and therefore don’t know to seek care,” Dr. Faber continued.

“Intrinsic sleep disorders like sleep apnea are typically unknown by the patient because they’re happening at a time when the patient can’t be aware of it. And the moment they could be aware of it, once they wake up, the problem is instantly gone.”

It’s especially difficult if the person doesn’t have a bed partner or someone who is with them when they’re sleeping to let them know they regularly stop breathing or snore loudly, Dr. Faber said.

Dr. Faber likens sleep apnea to being the base, a contributing cause, of a whole pyramid of metabolic, cardiovascular and neurocognitive health problems. When people are finally diagnosed, only then do some realize how much their poor sleep contributed to overall poor health.

“They don’t know that that untreated sleep apnea is what is causing their blood pressure to be so difficult to control, or their diabetes to be so difficult to manage. That it impacts their depression or their anxiety so much and that’s why they’re having a harder time controlling it,” Dr. Faber said. “Sleeping pills don’t help because the issue isn’t that you need to sedate your brain. The issue is you can’t stay asleep because you stop breathing over and over. That’s where big data and tools like this AI project come in.”

Each person’s electronic medical record already stores countless vital signs, laboratory results, medical history and other data. The artificial intelligence filters through all that information and ranks each person’s chance of having sleep apnea as low, medium or high.

Besides showing the overall risk, the tool displays the top five factors driving the score in that patient, which will change over time if the person, for example, stops smoking, loses weight or controls their diabetes.

“This AI algorithm automatically adjusts all of that,” Dr. Faber said. “For the primary care provider who wants to know, ‘Why is my patient at high risk?’ he or she can simply mouse over the icon and there’s your top five risk factors for that patient. Six months later those top five might be different. There will be an automatic re-analysis of every patient’s risk every month.”

Once a patient is identified as being at higher risk, the provider may either refer them to the sleep clinic for evaluation and a traditional sleep study or they may order a home sleep test conducted through their primary clinic. These tests monitor the patient’s sleep to count how many times they stop breathing during the night.

“It’s not feasible for the number of patients we have in Sanford Health population to administer a traditional sleep study on every patient,” Weaver said. “So that provider, rather than sifting through hundreds of data points about one patient, let alone all the patients they have, can see who’s at the highest risk to administer that sleep apnea test. It really narrows it down.”

Patients with mild sleep apnea likely won’t need an additional sleep study if the home sleep test identifies the problem and initial treatment is effective and well-tolerated by the patient, Dr. Faber said. That saves them time and money. It also prevents unnecessary delays in treatment along with the additional travel and associated expenses, he said.

The main treatment options were once weight loss and continuous positive airway pressure (CPAP) therapy. Now the options also include oral appliances that move the lower jaw forward, some surgeries and Inspire therapy that uses an implanted device for those who don’t tolerate CPAP.

“All of this stuff is not to simply identify who’s at risk but to find whatever the right treatment for their apnea is, which is going to vary from one person to another,” Dr. Faber said.

“I have some amazing stories, tear-jerking stories actually, of the success that getting rid of moderate to severe sleep apnea can have on somebody’s life who was previously unable to treat it because they couldn’t tolerate having a mask on their face.”

Weaver has validated the model and received Sanford Health stakeholder approval and now is working with the technology team to add the AI tool to the emergency medical record system. Weaver said he’s unaware of anything else like it on the market.

“It’s a big population health initiative that has the potential to help not only the health and welfare and quality of life of the people in the Sanford footprint,” Dr. Faber said. “But it also helps to lower the cost of care because fewer people have uncontrolled diabetes, hypertension, heart attacks and strokes, all those things that cost the health system, the health plan and therefore individual patients more money.” 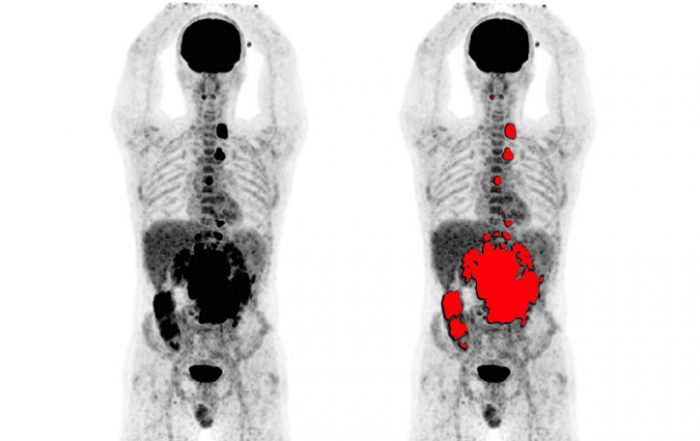