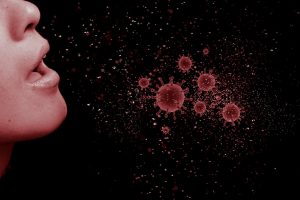 BrainChip, a California-based provider of ultra-low power high performance artificial intelligence technology, has announced a breakthrough in testing with the NaNose (Nano Artificial Nose) where patients’ exhaled breath samples were tested for COVID-19.

NaNose Medical technology, based on the artificial nose developed at the Technion Israel Institute of Technology, has the same sensitivity to minute quantities of Volatile Organic Compounds (VOCs) as a dog’s nose. It has been tested by the Technion since 2017 to identify diseases including Parkinson’s, cancers, kidney failure, multiple sclerosis and infectious diseases such as COVID-19.

NaNose Medical collected samples from 130 patients and sent nanomaterial sensor data to BrainChip’s Research Institute in Perth, Western Australia, which configured and trained its Akida™ neuromorphic processor to interpret the data using AI/ML. The system detected the instances of COVID-19 between a disease group and a healthy control group and Akida learned to recognize patterns of VOC biomarkers associated with an infection within seconds with a high level of accuracy in a minimal time frame.

NaNose Medical is currently collecting samples from three primary worldwide locations and will work with BrainChip to evaluate the data.

A recent study in China confirmed that breath sensor data is more accurate than the reverse transcription polymerase chain reaction (RT-PCR) test typically used. Accurate testing is key at early stages, even before symptoms manifest, and after treatment before patients are discharged into their communities.

Using the NaNose Medical sensor array to collect the data, and Akida to perform the diagnosis, can have a higher rate of reliability than current testing methods and poses less risk to medical professionals because no saliva or mucus samples are collected – a huge benefit when testing for COVID-19 which spreads through respiratory droplets and has been confirmed in some cases to be airborne.

Because Akida’s ‘Edge AI’ is a complete neural processor that does not require an external CPU, memory, or Deep Learning Accelerator (DLA), and because it is ultra-low power, it offers a realistic opportunity for an inexpensive hand-held diagnostic testing tool akin to a breathalyzer.

“Artificial intelligence in medicine and healthcare is an emerging field and one in which we are eager to contribute with our edge AI processing solution at the Edge, for the benefit of science and humanity,” said Louis DiNardo, BrainChip CEO.