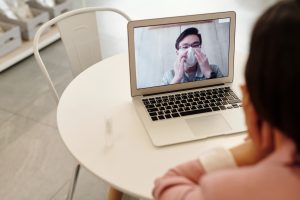 A new study by the Perelman School of Medicine at the University of Pennsylvania, has found significant inequities, specifically by race/ethnicity, socioeconomic status, age, and those whose first language are not English, in telemedicine use during the pandemic.

Published in JAMA Network Open, the study examined data of close to 150,000 patients obtained from a large, academic medical system. These patients were previously scheduled to have primary care or ambulatory specialty visits between March and May last year.

The time period coincided with the first COVID-19 surge in the region, with lockdown and stay-home orders in place. Of the patients in the study, an estimated 54% (slightly above 81,000 patients) conducted their visits via telemedicine and nearly half of these patients (46%) had their visits conducted via video.

Researchers noted that as the study was conducted during the pandemic period when rules around telemedicine had been relaxed and the mode of clinical visit became mandatory in some incidences, the actual percentages could have been higher under normal circumstances.

Researchers believe their findings suggest regulators should show equal consideration for all forms of telemedicine in order to move forward. “It is critical that complete payment parity for all types of telemedicine visits, by all insurance payers, is guaranteed permanently,” said Dr. Lauren Eberly, the study’s lead author and clinical fellow in cardiovascular medicine. “Less reimbursement for telephone visits may disproportionately unjustly hurt clinics and providers that care for minority and poorer patients.”

On top of reimbursement, researchers are trying to uncover more ways to make telemedicine work for everyone, including; expanding broadband, wifi, and digital device access and integrating interpretation services in the telemedicine platform.

“We currently have broader research underway to better characterize what patient-specific and provider-specific barriers exist,” Dr. Eberly added. “If we can understand these barriers, it could help guide telemedicine implementation strategies that will benefit everyone.”