Memory mapping techniques use Intel® Optane™ technology as an extension of physical memory to accelerate performance at a lower cost than with pure in-memory systems.

A study performed by the University of Pisa with the IMAGO7 Foundation determined that Intel® Optane™ technology can be used to significantly reduce magnetic resonance imaging (MRI) scanning times, while increasing the accuracy of those scans. The university used a technique called MRI fingerprinting that is computationally demanding. Because of the high demands on the processor, researchers quickly determined that traditional NAND-based hard disk drives (HDDs) or even solid state drives (SSDs) were not up to the task because of their inherently high latencies. All inmemory servers or clusters could be used instead of standard drives but this option would be prohibitive due to the high costs of DRAM.

Testing performed in the University of Pisa study, in conjunction with engineers from Intel and the Dell EMC HPC Innovation Lab, showed that the Intel® Optane™ SSD DC P4800X Series provides a viable alternative to costly DRAM or lower performance SSDs. Initial testing indicates that Intel® Optane™ technology can be used to reduce MRI scanning times from 40 minutes to two minutes, and post-exam data processing times can be reduced from days to hours. The results show that MRI fingerprinting can be used in conjunction with memory mapping and Intel® Optane™ technology to reduce uncomfortable MRI exam times for patients and to efficiently increase the accuracy of scans for doctors and technicians.

New MRI scanning techniques save time but require massive amounts of memory
MRI scans are critical tools for examining patients. MRI scanning, however, is not an exact science; results are often couched in probabilities, based on how trained experts interpret the scans. One method for increasing the accuracy of MRI scans is to take longer, more detailed scans; but that solution is less than ideal – especially for children – because patients are frequently uncomfortable, anxious or claustrophobic inside the large, noisy machines. Patients also need to remain absolutely still during the procedure, which can be increasingly difficult for children as scanning time increases.

A group at the University of Pisa that has been conducting research on degenerative brain diseases decided to investigate a different approach to MRI scanning. To reduce scan times and increase the quality of results, the team employed a technique known as MRI fingerprinting, which is based on acquiring under-sampled data from an MRI machine. MRI fingerprinting uses sophisticated computational analysis to ingest data from less timeand-data-intensive scans, and to then fill in gaps from tables containing precomputed data2.

Initial testing found the new approach to be effective but computationally intensive. MRI fingerprinting requires a large amount of memory for storing the pre-computed tables; as a result, the researchers determined that the technique was not feasible on the university’s memory-constrained computers. However, simply adding large amounts of DRAM would not be a viable option due to cost.

Reading and writing from traditional spinning HDDs was also not an acceptable alternative because the hard drives showed excessively high latencies, leading to unacceptably long run times. Serial ATA (SATA) and NVM Express (NVME) SSDs reduced latency considerably compared to HDDs, but they still could not keep up with the heavy computational analysis required for MRI fingerprinting. The researchers needed an alternative approach that would provide consistent, low-latency performance, without incurring the high costs of DRSM. Only Intel® Optane™ technology could provide all those benefits, so the university decided to put the Intel® Optane™ SSD DC P4800X Series to the test.

The test results showed the viability of using Intel ® Optane™ SSD DC P4800X Series drives as replacement for costly DRAM when using memory mapping techniques. The overall performance was significantly faster than with traditional NAND drives, which typically exhibit much higher latencies for random read/ write operations. And although its drive’s processing times were higher than the test runs with pure DRAM, the performance numbers demonstrated that Intel® Optane™ SSDs could enable MRI fingerprinting at impressive speeds.

The tests conducted at the University of Pisa were promising but only preliminary. Other factors, such as drive size, the number of cores, and the number of nodes, could improve the memory mapping performance of Intel® Optane™ SSD DC P4800X Series drives even further.

Intel® Optane™ SSDs offer new possibilities for fast, affordable HPC
The testing shows the enormous potential for the Intel® Optane™ SSD DC P4800X Series to allow MRI fingerprinting as a way for healthcare providers to significantly reduce the time patients spend in MRI machines. The solution can reduce data processing times from days to hours, and it is much more affordable than massively expanding DRAM Memory mapping with Intel® Optane™ SSDs also opens the door to other innovative solutions that have not previously been feasible because of the slow performance and high latencies of traditional drives and the prohibitive costs of implementing pure in-memory solutions. As the University of Pisa testing showed, Intel® Optane™ SSDs can be used in innovative sways by spanning the gap between fast but expensive DRAM and higher-latency, traditional NAND-based SSDs. The Dell EMC HPC Innovation Lab is testing several other scenarios that highlight the benefits of Intel® Optane™ technology for highperformance computing (HPC) use cases. For example, genome assembly is a memory-hungry process that typically requires costly systems outfitted with massive amounts of DRAM. Lifescience organisations can replace much of that DRAM with Intel® Optane™ SSDs to run genome assembly codes on more affordable servers.

The same approach can be extended to many other industries and use cases, including complex fluid-mechanics calculations, manufacturing and design of automobiles or aircraft engines, and targeted therapies for patients in healthcare. The opportunities are nearly endless. Regardless of industry, research facility, healthcare facility or educational institution, the Intel® Optane™ SSD DC P4800X Series offers organizations a fast, affordable option for bridging the gap between expensive DRAM and higher-latency NAND-based drives.

For more information about the benefits of the Intel® Optane™ SSD DC P4800X Series, visit intel.com/datacenterssd. 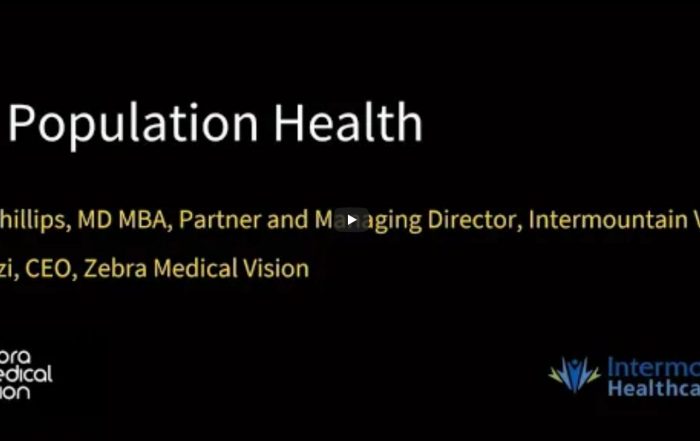