The dawn of a new AI

Khai Pham, CEO of ThinkingNode Life Science believes the next wave of AI will leverage both data and knowledge, providing human-like reasoning and personalized medicine

Khai Pham, Founder and CEO of ThinkingNode Life Science, has a fiendish dilemma. “A prisoner has to choose between two doors: behind one is a princess and behind the other is a tiger,” he laughs. “Above doors 1 and 2, sign #1 and #2 indicate that both rooms contain the princess. In addition, it says if the princess is in room 1 then sign #1 is true. But if she is in room 2 then sign #2 is false, and it is the opposite for the tiger. So where is the princess and the tiger?”

The dilemma turns out to be a well-known puzzle formulated by US mathematician Raymond Smullyan. According to Dr. Pham, it illustrates three things: 1) Some of us may realize there are 6 different ways to solve the puzzle and it may take 30 seconds or 30 minutes to figure out each solution. 2) We need to combine our existing knowledge (our understanding of the puzzle, logic, mathematical skills and so on) to form new knowledge (the solution to the puzzle). 3) The puzzle cannot be solved by today’s machine learning systems because many of them can only perform pattern recognition and not reasoning for problem solving.

Dr. Pham is keen to use the puzzle as an example to stress the differences between knowledge and data, how it influences our perception of AI and ultimately, what ThinkingNode is trying to achieve. “Data is fact while knowledge underlines relationships between the facts,” he says. He then describes the two schools of thoughts in AI. Some physicalists believe in order to generate intelligence, we need to reproduce the neurons. Others (symbolists), believe reproducing logic is sufficient to generate intelligence. These schools of thought correspond to two (complementary) AI approaches: pattern recognition and problem solving.

Currently, machine learning driven pattern recognition is extremely valuable in automation and prediction. But if we truly want to leverage AI for drug discovery, diagnostics and treatments, we need AI to have problem-solving capabilities. The latter is becoming increasingly crucial as machine learning and other data processing approaches produce more and more knowledge for humans to handle. “The potential to infer new knowledge from the ever-growing body of knowledge is enormous and totally untapped,” adds Dr. Pham.

Dr. Pham believes now is an excellent time to focus on how to process the unprecedented yet large volume of knowledge, particularly in the fields of biology and life sciences, brought by scientific advancement – many of which are made available digitally. It explains why he launched ThinkingNode Life Science three years ago, using a proprietary new distributed AI approach called Systems Reasoning Networks.

“There are several things I hope to achieve with the company,” Dr. Pham explains. “Nobody can acquire all the knowledge and humans can only process five to nine concepts at one time. So, our focus is to develop a reasoning-driven system that addresses these two limitations. We have chosen life sciences because it is my domain of interest and because it is where we have some of the best curated knowledge”.

Right now, ThinkingNodeLife.ai already has a ready-to-use whole human cell reasoning network model that can be used to represent any cell types or states. Dr. Pham admits ongoing work is needed to fine-tune and enrich the network from new insights. “Yet, until now, nobody has ever tapped into such an amount of knowledge and combined it with multi-omics data to address the most challenging problems in medicine,” he says excitedly.

“If we want to move AI to the next level, we need to move beyond statistical approaches and start venturing into reasoning and allow machines to process causalities. For example, if someone has been killed with a knife, we need to establish the cause of death. Was it the knife which caused the death, was it the person who used the knife, or was it internal bleeding? In that sense, we realize causality is not singular, it is a whole ecosystem. It’s the same thing for cancer.”

Dr. Pham also cautioned that working with knowledge means working with imperfection. “Often, it frustrates me to hear people are neglecting knowledge because it is incomplete and not perfect. We don’t need that. We were able to go to the moon and discover antibiotics without complete knowledge. What we need is a better way of using incomplete knowledge and using it at a bigger scale. This is what ThinkingNode is all about”.

In fact, Dr. Pham has started his AI journey with imperfection. “The reason I got interested in AI is I don’t have a lot of memory,” he laughs. “You can imagine how much I actually suffered in medical school! Interestingly, because of this weakness, I was always amazed how people could remember everything. I began to question if these people truly remember everything and are combining what they have remembered to make the best medical decisions or are they engaging in some sort of rational gambling each time. I decided, during my second year of medicine, to take the whole curriculum of computer science as well.”

After his PhD in AI, Dr. Pham designed and built a unified computational framework that can embrace and integrate all types of logic at once and started his first company, even though he had no experience of running a business. None of those shortcomings prevented Dr. Pham from becoming hugely successful. As the financial market was very keen to adopt AI at that time, his first company was eventually acquired for $400 million, one of the biggest deals in the industry.

He then spent the next seven years re-working his technology because he felt he still hadn’t answered the burning question he’s had since medical school: How to make the best medical decisions? As such, ThinkingNode is working towards raising major funds, so Dr. Pham can build not just one human whole cell model, but multiples of them, to assess how they will interact with one another in certain environments.

“We want to develop these models where researchers or physicians can throw in genomic data to help them in drug discovery, choosing the right treatment and examining the toxicity of drugs. It allows them to explore all the combinations that were created with existing knowledge. True personalized medicine cannot be achieved with today’s machine learning approaches because they are based on statistics. You also need causation.”

Meanwhile, if you’re still trying to find the princess, ask nicely and Dr. Pham will happily show you how his technology solves the puzzle! 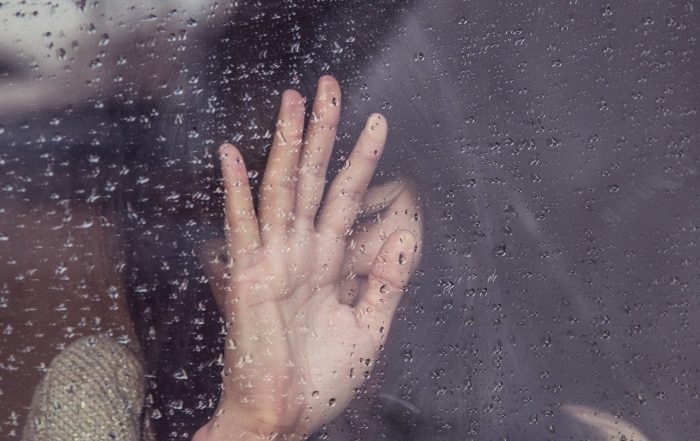