The neuro nightmare legacy of COVID-19 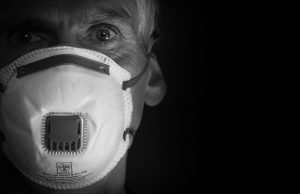 A 55-year-old patient in the UK tested positive for COVID-19 and was admitted to hospital after experiencing fever, cough, anosmia (loss of sense of smell), muscle aches, and hypogeusia (loss of taste). Requiring minimal oxygen treatment, she was sent home three days later. It was then that her husband noticed her increasingly odd behaviour as she grew confused and disoriented and started to repeatedly put on and take off her coat.

Despite not having any psychiatric history, she developed persecutory delusion (an inability to recognize reality); Capgras delusion (believing her loved ones had been substituted by identical imposters) and other highly irrational behaviours and hallucinations.

Re-admitted to hospital, her brain MRI and lumbar puncture came back normal and despite being administered anti-psychotic drugs haloperidol and risperidone, her symptoms persisted. In fact, her clinical course fluctuated for more than three weeks before showing a gradual improvement. She was ‘Patient 7’ in a recent study looking at the clinical, radiological and laboratory findings related to the spectrum of neurological syndromes after contracting COVID-19.

As the pandemic hits the one-year mark, scientists are more convinced the novel coronavirus not only affects the respiratory system but also other major organs including the heart, with lingering symptoms which may increase the risk of long-term health problems. The neurological and neurocognitive aspects of the virus have recently become a major concern, as more patients, like ‘Patient 7’ , encountered acute or chronic delirium, memory and learning deficits and irreversible damage to parts of the brain.

In March, a team of Chinese researchers reported 36.4% of COVID-19 patients have neurological symptoms such as disturbed consciousness and paresthsia (burning or tingling sensations in the limbs). In April, a patient was first found with inflammation and swelling of brain tissues. By early June, a group of physicians stationed in two intensive care units in Strasbourg, France, revealed in the New England Journal of Medicine that 84% of their patient samples have some form of neurologic symptoms.

Papers have also described patients with myelin (an insulating layer around neurons) deterioration, neuronal degenerations (the loss of connectivity or the breaking down of brain neurons) and brain tissue edema (increased pressure in the skull as a result of mounting fluid in the brain). Scientists and clinicians are still unable to explain these symptoms or pinpoint who are at most risk. Furthermore, it is still unclear if SARS-CoV-2, the causative agent of COVID-19 is more likely than other viruses to invade and infect the brain or if these symptoms were the results of overstimulation of the immune system.

Professor John Connolly at McMaster University in Ontario, Canada blamed the lack of standardized assessment methods and the inaccuracy of behavioral assessments used in research studies.

So he and his research team pioneered the direct measurement of real-time brain functions using electroencephalogram (EEG) based neuroimaging to assess neurocognitive functions. They believe a more objective evaluation of brain functions, coupled with tracking the cognitive abilities of COVID-19 patients as they recover, will shed light on basic questions like when these neurocognitive symptoms begin to appear; how long they last, which patients are more susceptible, and what treatments are most effective.

To do this, the research team has to first determine event-related potentials (ERPs) or the brain’s responses to and processing of stimuli. EEG will allow them to capture electrical activities in the brain within the specific timeframe when stimuli were presented. A sufficient set of these EEG samples were required in order to average them and estimate neural responses.

Precisely how many stimuli and EEG samples are required will depend on which component of the ERP is being studied. For example, P300 (ERPs elicited during decision making) may require as few as 20 but brainstem responses may need thousands of EEG samples. This partially explains why cognitive ERPs have not been used in a clinical setting to detail the nature and extent of patients’ disabilities or guiding clinicians in interventions.

Primarily, cognitive ERPs are sensitive to different psychological phenomena, including memory, attention and language processing. Similarly, EEG is also highly variable. EEG signals may differ when the same stimuli are presented to the same subjects at different sessions. Besides, the whole process of leverage EEG to harness ERPs is labor intensive, especially if it has to be repeated many times. It is also highly dimensional. Researchers will have to keep track of the number of EEG samples collected, the number of times the stimuli were presented and progressions of the subjects etc.

The complexity meant the research team turned to combining machine learning algorithms and EEG to expedite the processes. They were then able to evaluate ERPs obtained in increments of two to three minutes rather than over a time span of 20 to 30 minutes. This means they can analyze the rapidly occurring changes in brain functions that are taking place at unprecedented speed. “The ability to objectively measure a patient’s brain function has a vital impact on their trajectory, and helps avoid misdiagnosis and provide appropriate treatment,” observed Professor Connolly.

The research team partnered with a neurotech startup and hope to test and eventually make the method available in a clinical setting. They also hope to be the ‘window’ for scientists and clinicians who are striving to understand COVID-19 and the damage it leaves behind. “It’s not enough to monitor a patient until they recover from the obvious life-threatening complications of the illness,” adds Professor Connolly. “Patients require continued monitoring to detect potential long-term effects and for treatment to be administered proactively. If cognitive consequences go untreated, they can manifest into much worse complications that become harder to fix, the longer they are left.” 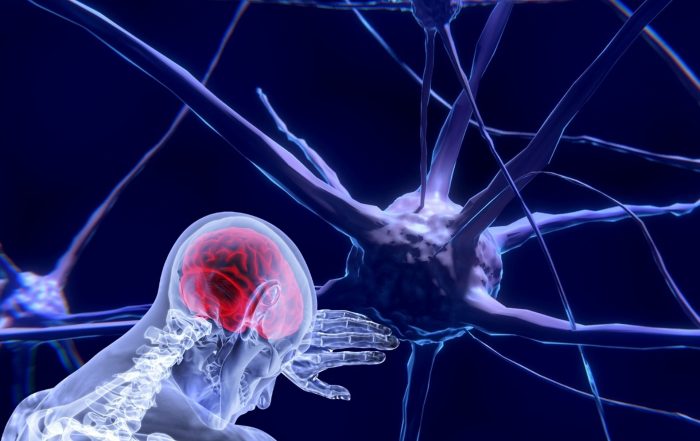 Neuroscience: The next AI frontier